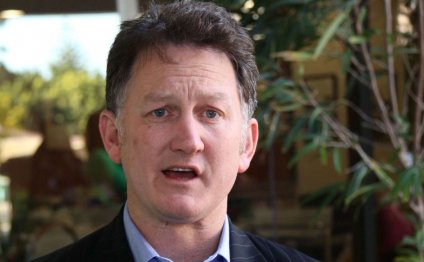 Overuse of drugs and alcohol among fly-in, fly-out workers is putting strain on the health system.

Premier Colin Barnett has responded by publishing a green paper for public discussion for a new Mental Health Act. The proposed act contains provisions that would improve the rights of people subjected to a Compulsory Treatment Order (CTO). But it negates those same provisions by allowing the treating psychiatrist to simply ignore them.

WA authorities are trigger-happy when it comes to CTOs. Last year, there was a well-publicised scandal of a man who was incorrectly subjected to a CTO when police mistakenly confused him with someone else who suffered a mental illness.

The WA Mental Health Law Centre (MHLC) and a practicing psychiatrist told Green Left Weekly there are many such cases of CTOs based on mistaken identity in WA that receive no publicity.

A big cause of WA’s problems is the mining boom. A February 13 report by the federal Standing Committee on Regional Australia into fly in-fly out mining jobs found that there is growing evidence of binge drinking and self-destructive use of amphetamines and cocaine among young, cashed-up male mining workers.

Doctors and hospital emergency departments all over WA report that the drinking, drug use, boredom and exhaustion caused by the mining companies’ employment practices is producing a crop of crazed young men causing havoc in the health system.

Combining this with the 27% wage gap between men and women in WA — compared with 17% Australia-wide — and the reasons for WA’s mental health problems and its gender imbalance are clear.

When the Liberal government’s austerity and general hostility to social justice is added to the mix, it leads to a crisis. That is what grips the WA mental health system at the moment.

Having rejected demands for an independent inquiry for years, the Liberal government finally commissioned Professor Bryant Stokes in November 2011 to look into the system. What he reported was chilling: care in WA mental health hospitals is so appalling that a large number of patients commit suicide the same day that they are released from treatment.

The government sat on Stokes’s 107 recommendations, and the planned mental health act will make the situation worse.

People with mental illness can currently write directives during lucid periods, to guide health practitioners when the person needs care.

But Barnett’s planned changes will allow a treating psychiatrist to simply ignore those directives and decide on treatment. The patient would be unable to refuse.

The bill has provisions for the patients to name carers to look after their interests. But the treating psychiatrist can choose to exclude them at their whim.

There will be a Mental Health Tribunal to which the patient can appeal. However, there is no provision for the patient to be told of their rights and the treating psychiatrist can ignore tribunal treatment recommendations for up to eight weeks.

The MHLC said the treating psychiatrist can avoid review simply by temporarily changing the patient’s status from compulsory to voluntary the day before their case comes before the tribunal, without telling the patient. The tribunal then has no power and immediately afterwards the patient can be placed under a new CTO.