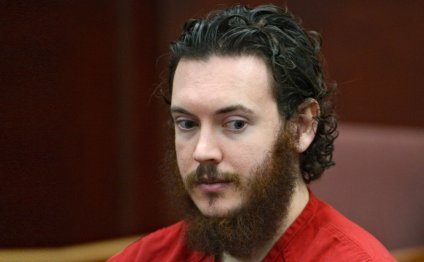 James Holmes returned to the courtroom on Monday, two years after he allegedly shot into an audience at a movie theater in Aurora, Colo., killing 12 people and injuring 70. A Centennial, Colo. court is trying to determine whether Holmes should receive a second psychiatric evaluation, as he is pleading not guilty by reason of insanity.

Holmes' mental health was the catalyst for Colorado legislators to pass some of the most wide-ranging mental health-care legislation in the United States. Holmes, who is suspected of having an extreme case of bipolar disorder, slipped through the cracks of Colorado's mental health-care system, leading to an egregious loss of life, according to The New York Times. With its revamped system, Colorado aims to catch unstable patients before they become a danger to society.

In the months prior to the shooting, Holmes met with three psychiatrists, and had shown signs of violent thoughts. He threatened one mental-health professional, who informed the University of Colorado, Denver, where Holmes was enrolled in a PhD program, but they could not detain him under state regulations at the time.

After Holmes' condition was uncovered, Colorado legislators moved quickly to strengthen their mental-health laws. Last May, Colorado Gov. John Hickenlooper signed into law a bill that gave the state's mental-health system $20 million to expand its help-line services, establish mobile units that provide care to people in areas where mental-health services aren't accessible, and build centers where people seeking advice, counseling and other assistance can walk in. The Colorado government also created a committee to determine how the state can better assess which patients need to be committed to a psychiatric facility.

Following another shooting at Sandy Hook, Conn. in December 2012, New York passed a law that requires psychiatrists to report to a mental-health director any client who makes a credible threat of gun violence, according to Business Insider. The director is then expected to forward that information to state officials.

On a national level, U.S. President Barack Obama's administration has tried to bolster mental-health laws related to the use of guns. Earlier this month, the White House released two executive orders. The first more clearly defines who is prohibited from owning a handgun under federal law due to mental-health problems. The second order deals with the privacy of mental-health patients, as state officials previously complained that privacy laws prevented them from reporting relevant mental-health concerns, which could lead to unstable people accessing guns. The order allows states to record limited bits of information, but the White House stressed in a statement that it would not prevent anyone with a mental illness from buying a firearm.

What is a Section 136 of the Mental Health Act?

The Mental Health Act 2013 has been in operation since 17 February 2014. The Act balances consumer rights with the need for…