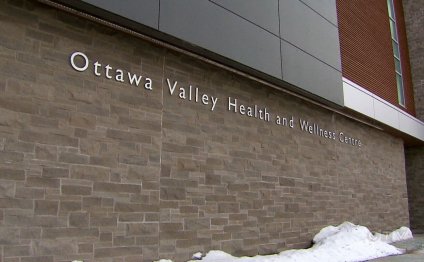 Mental health clinics affiliated with counties across Texas have become one fewer gun-free zone under a new state law.

Dr. John Burruss, MetroCare’s chief executive officer, said longtime “no guns” signs have been taken down. But he said he won’t allow employees or security guards to carry guns.

“We believe that fewer guns on campus is a good thing, ” he said. “I am not trying to create gunbattles at MetroCare.”

Burruss said he’d limit guns if he could but said MetroCare will follow the law.

The only legal exception will be 12 buildings that MetroCare leases from landlords. Some of those landlords have already posted “no guns” signs, Burruss said. Private properties, including private hospitals, are not covered by the law.

MetroCare is one of 39 community centers across the state that serve people with mental illnesses or severe developmental disabilities. They are funded by local, state and federal funds and their boards are typically appointed by the county’s Commissioners Court.

Texas’ health and safety code defines the community centers as “an agency of the state, a governmental unit and a unit of local government.”

A Texas law in the 1960s helped to set up the community centers as part of a national effort to move people out of institutions and offer community-based resources instead. MetroCare was established in 1967 as Dallas County Mental Health Mental Retardation.

Courthouses, schools and jails are among government buildings exempt from the law. Hospitals licensed under Chapter 241 of the state’s health and safety code are also exempt, if proper notice is give. But mental health clinics such as MetroCare and state psychiatric hospitals are not licensed under that code.

Lee Johnson, deputy director of the Texas Council of Community Centers, a state association for the centers, said the group may seek an exception from the law during the next Legislative session.

“When people are trying to establish trust in a therapeutic relationship, guns have historically not been part of that equation, ” he said.

Most patients at MetroCare are adults with mental illnesses, Burruss said. He said staff routinely deescalate scenarios and calm down upset patients. Over the past six months, staff have made 20 calls to police about patients who are violent or suicidal, he said.

At LifePath Systems in Collin County, most calls to police are prompted by a person who is suicidal, chief executive officer Randy Routon said. Staff call the police about two times a month, he said.

County Judge Clay Jenkins said he’s surprised the law applies to MetroCare or any mental health facility. He said it’s either an oversight or an error in judgment.

Commissioner Theresa Daniel, co-chair of the county’s mental health board, the Behavioral Health Leadership Team, said she favors an exemption for all hospitals and medical facilities.

Burruss said he may post new signs at MetroCare buildings, requesting but not requiring people leave their guns at home or in their cars.

This section explains some of the services available to adults from CMHCM. Before services can be started, you will take…