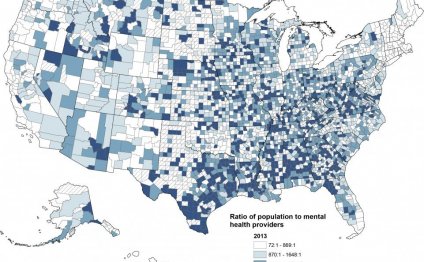 “This report paints a picture across the entire nation of both our mental health and how well we are caring for the people who need assistance, ” said Paul Gionfriddo, president and CEO. “Sadly, disparity – more than parity – is the rule.”

The numbers are alarming: Over 42 million adults suffer from a mental health problem, with over eight million reporting suicidal thoughts. Over eight million adults suffer from a mental illness and are uninsured, and one out of every three adults with a disability report inability to see a doctor due to costs. Additionally, over six million children suffer from an Emotional, Behavioral, or Developmental (EBD) problem, and more than eight percent of youth have attempted suicide. Young females are twice as likely to attempt suicide as compared to teenage males, and one out of every three families report that their child’s insurance was inadequate.

For most youth, symptoms start to present themselves at an early age. When services are provided early, youth are less likely to drop out of school, turn to substances or engage in risky self-injurious behaviors. Through screening and early intervention, we can reduce the negative impact of mental illness for individuals and their families. Yet, so often mental illness is ignored and services aren’t available until an individual proves harmful to him/herself or others.

“When we think about cancer, heart disease, or diabetes, we don’t wait years to treat them, ” continued Gionfriddo. “We start before Stage 4—we begin with prevention. So why don’t we do the same for individuals who are dealing with potentially serious mental illness? We need to address these symptoms early, identify the underlying disease, and plan an appropriate course of action on a path towards overall health.”

While the number of uninsured is dropping nationwide, the report also shows that insurance doesn’t necessarily translate into access to care. There remains a significant workforce issue, with too few psychiatrists, individuals facing large out-of-pocket costs, and many patients having to wait months for an appointment.

MHA also released a second report today, Behavioral Prescription Drug and Services Coverage: A Snapshot of Exchange Plans which analyzes behavioral prescription drug and services coverage within the federal exchange plans. The report shows that where you live or what kind of insurance plan you choose on the exchange can play a significant role in access to medication. While many plans on the exchange cover generic drugs, it is much harder to find plans that cover newer, more sophisticated brand medication.

“Bottom line—we need to do more, ” concluded Gionfriddo. “Regardless of where you live, we must improve access to care and treatments, and we should put a premium on early identification and early intervention for everyone with mental health concerns.”

Mental Health America is the nation’s leading community-based network dedicated to helping all Americans achieve wellness by living mentally healthier lives. Our work is driven by our commitment to promote mental health as a critical part of overall wellness, including prevention services for all, early identification and intervention for those at risk, integrated care and treatment for those who need it, with recovery as the goal.

This section explains some of the services available to adults from CMHCM. Before services can be started, you will take…