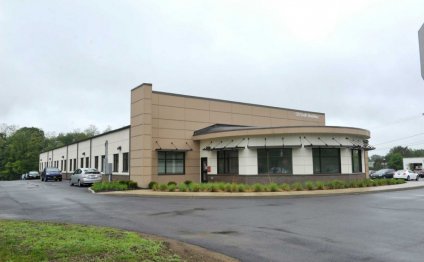 "We have heard from members who have expressed concern about clinic operations in light of the fact that there's less psychiatrists on staff, " CSEA spokeswoman Therese Assalian said. Union leaders met with county managers to express their concerns, she said.

One worker at the clinic, who refused to be identified out of concern for their employment, said a divisive atmosphere developed at the clinic in the weeks after Prezioso assumed the top post last fall, and it's worsened in recent weeks.

"It's been hard working here, and I find the environment unpleasant and very stressful, " the employee said in a prepared statement vetted by CSEA.

There have been calls for Prezioso's possible replacement from concerned residents and at least one Saratoga Springs city official.

He lives in Burnt Hills, serves as chairman of the Ballston Ethics Board and worked for 17 years at the Capital District Psychiatric Center in Albany. In April, the Times Union revealed that a 2008 state Office of Mental Health investigation found Prezioso sexually harassed a female subordinate, Heidi DiTonno, for more than a year while working at the CDPC. Prezioso denied the allegations in a 2009 legal deposition, but the state Office of Mental Health paid DiTonno $7, 500 to settle the harassment case, according to records.

DiTonno also alleged Prezioso retaliated against her on the job after she rejected unwelcome sexual advances and filed the complaint. The state's internal investigation concluded that charge was "inconclusive." She ultimately lost her job in 2012.

Prezioso did not respond last week to requests for an interview about conditions at the mental health center on South Broadway.

In recent weeks, a growing number of people have written to county supervisors and the media to object to Prezioso's management style. Others have asked for an investigation into the state's determination of past misconduct.

Ann Diller of Gansevoort, who formerly worked at CDPC and the county Mental Health Center as a licensed clinical social worker, told the county Board of Supervisors in a letter that the clinic was "falling apart" under Prezioso, with three doctors resigning in recent weeks because they found him difficult to work with and two clinicians preparing to follow.

"I knew him at CDPC and feared he would re-create the toxic atmosphere that existed there in our county, and he has done so, " Diller wrote. "The sense of teamwork and support of fellow clinicians is gone, replaced by fear and unease."

Citing the state's sexual harassment finding, Jane Weihe of Saratoga Springs recently called on county officials to replace Prezioso. "The mentally ill patients served by the county mental health unit are among the most vulnerable people in our community, " wrote Weihe, who has been active in city politics for years.