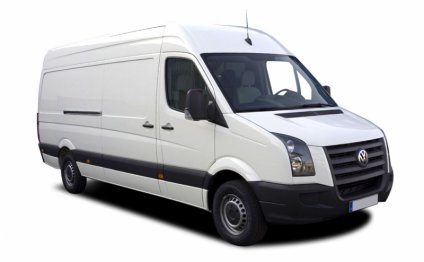 We are in the middle of the greatest changes in mental health law in a century. This started with the introduction of the Mental Capacity Act in October 2007, continued with amendments to the Mental Health Act (MHA) in November 2008, and will finish with a final flourish when the Deprivation of Liberty Safeguards come into effect to April 2009.

But what do these changes mean for Psychiatrists and other doctors? This article explores the changes.

Although the structure of the Mental Health Act remains the same – for example, compulsory admission to hospital still requires the recommendations of 2 doctors and the agreement of an Approved Mental Health Professional (the replacement of the ASW), the Act has been amended in the following ways:

All these changes need to be seen within the context of the Guiding Principles and the clarified legal status of the Code of Practice (COP).

The status of the Code of Practice

In the future, it is likely that doctors will be expected to justify decision making with reference to above principles.

The Learning Disability Qualification has been introduced to preserve the status quo (e.g. under section 3, a person with a learning disability alone can only be detained for treatment or be made subject to Guardianship if that learning disability is associated with abnormally aggressive or seriously irresponsible conduct.) and now applies to all those sections that relate to longer-term compulsory treatment or care for a mental disorder (in particular section 3, section 7 (Guardianship), section 17A (Supervised Community Treatment) and forensic sections under Part 3 of the Act). It means that if the use of longer-terms forms of compulsion are being considered solely on the basis that a person has a learning disability, that disability must also be associated with abnormally aggressive or seriously irresponsible conduct. This does not, of course, preclude the use of compulsion for people who have another form of mental disorder (such as a mental illness) in addition to their learning disability.

The MHA introduces a new “appropriate medical treatment” test that will apply to longer-term powers of compulsion concerned with treatment(for example, section 3 and Supervised Community Treatment ). As a result, it will not be possible for patients to be compulsorily detained for treatment or compulsion continued unless medical treatment which is appropriate taking into account the nature and degree of the patient’s mental disorder and all other circumstances of the case is available to that patient.

“Medical treatment” includes psychological treatment, nursing, and specialist mental health habilitation, rehabilitation and care as well as medicine. It does not have to be the “perfect” treatment, but doctors will be expected to satisfy themselves that appropriate treatment, taking into account all the circumstances of the case, is available and state in their recommendations in which hospital(s) it will be available to the patient. When making recommendations for section 3, the recommending doctors will need to confirm that there will be appropriate medical treatment available, and state on the recommendation form the hospital, hospitals or part of a hospital that the treatment will be given in.

Understanding mental health: How to act on signs