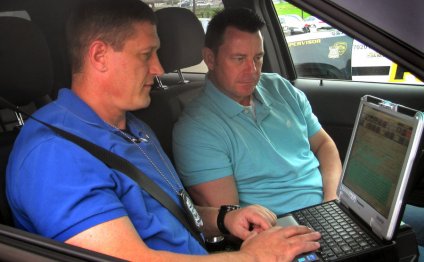 Leon Evans, director of the community mental health system for Bexar County and San Antonio, broke through barriers that had hindered care.

The jails aren't overflowing in San Antonio anymore. People with serious mental illnesses have a place to go for treatment and the city has saved $10 million a year on. How did it happen?

"You know Brad Pitt in the movie Moneyball?" asks Gilbert Gonzalez, Director for the Bexar County Mental Health Department. "Well, the success in that movie was based on the data and analytics. We needed to do the same thing."

Gonzalez's task was to look at all the money San Antonio was spending on mental health in one way or another.

Each part of the system was encountering the same people with serious illnesses, but the people were just cycling through, not getting better. Gonzalez found that the city was spending enormous sums of money while taking care of people with mental illness poorly.

So Leon Evans, director of the community mental health system for Bexar County and San Antonio, got everyone talking. That turned out to be the most challenging piece of the puzzle.

"If you think law enforcement and mental health workers have anything in common, we don't, " says Evans. "We speak a different language. We have different goals. There's not a lot of trust there."

Among other things, the San Antonio center has a 48-hour inpatient psychiatric unit, outpatient primary care and psychiatric services, help with substance abuse, housing for people with mental illnesses and job training. More than 18, 000 people pass through the Restoration Center each year.

"San Antonio is ahead of what's a growing trend across the country to try to build a non-hospital alternative for people who are experiencing a psychiatric emergency, often with co-occurring alcohol or other drug abuse, " says Dr. Mark Munetz, a psychiatrist and professor at Northeast Ohio Medical University who toured the Restoration Center last year.