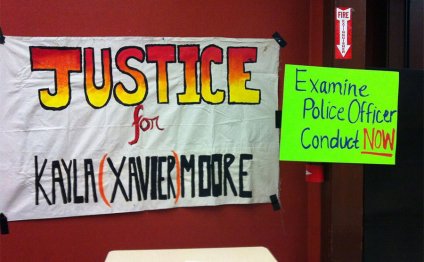 At UC Berkeley and campuses across California, doctors that staff student health centers are going on strike today, citing allegations of illegal labor practices and inadequate mental health services for students. The protests mark the first time in its 43-year history that the Union of American Physicians and Dentists (UAPD) has ever staged a strike, a fact that doctors and union leaders said illustrated just how strained ongoing negotiations have become. It's also very rare for physicians to strike in general; this is the first time that fully licensed doctors (as opposed to resident physicians) have gone on strike against a US employer in 25 years, according to the UAPD, which represents roughly 150 physicians throughout the UC system.

The student health doctors — who are not part of the UC medical centers — first unionized in 2013 and have been negotiating their first contract for more than a year. The doctors decided to strike today after 42 bargaining sessions, citing the fact that UC's actions at the bargaining table have forced the union to file a series of unfair labor practice charges. The central unfair labor practice complaint centers on the university's refusal to disclose basic financial data to doctors as part of the negotiations, according to Dr. Jeff Nelson, a UC Berkeley physician and a member of the bargaining team.

"We have asked UC for financial information as to where their funding sources are and what kind of finding they have, and they're not giving that, even though as a public institution, they're required to, " Nelson told me this morning at a rally outside the Tang Center where UC Berkeley students receive health services. Citing the $3.1 billion fundraising campaign UC Berkeley completed last year, he added: "They have an awful lot of money."

Without the financial statistics the union has requested, UAPD can't fairly negotiate and settle a contract, said Sue Wilson, a UAPD spokesperson. "We have a right to certain information that we need in order to bargain a contract." For example, she said, the union has sought information about the recently approved 20 percent salary increases for chancellors, but hasn't had any luck getting the details it requested.

Wilson said the union has also filed an unfair labor practice charge regarding UC's recent decision to require UAPD doctors to contribute more money to their pensions, despite the fact that university officials originally said they would make those changes through the contract negotiations. "It shows a lack of respect, " she said.

click to enlarge
Though the unfair labor practice charges were the direct impetus for today's strike, doctors said the broader goal of contract negotiations — and the reason they originally decided to unionize — was to advocate for improved health services for students. "The physicians who work here are incredibly dedicated, love the student population that we take care of, and feel really constrained by the resources available, particularly inadequate mental health services, " said Dr. Lynne Alper, another UC Berkeley physician and bargaining team member. Alper and Nelson both told me that toward the end of last semester, students often had to wait more than a month to get an appointment with a psychiatrist — a delay that can be very challenging for students grappling with anxiety, depression, and other mental health problems.

"We're looking to have a reasonable work environment that can attract and retain quality doctors, " said Nelson, noting that on many UC campuses, there is high turnover of health services doctors, which can result in the centers not having enough physicians to adequately meet the needs of students. "They're in this constant state of being behind, because they're still looking for more people to come in." A stronger contract could ultimately help the health centers reduce wait times for students seeking psychiatric help, doctors said.

click to enlarge
Doctors on all ten UC campuses are striking today with rallies at multiple locations, including UC Davis, UCLA, and UC San Diego.

Reached for comment today, a UC Berkeley spokesperson referred me to the UC Office of the President. Shelly Meron, a spokesperson for that office, dismissed the union's complaints in a phone interview this morning. "They say this is about unfair labor practice charges. We believe this is simply a negotiation tool." Meron said the president's office does not comment on the specifics of unfair labor practice charges and declined to answer questions about the union's claims regarding financial disclosures and the pension policy. The Public Employment Relations Board, the administrative agency that reviews unfair labor practice charges, has not yet issued any formal rulings on the UAPD charges, Meron noted, adding, "The best way to resolve these kinds of issues is at the bargaining table. We don't debate these things point by point in the media."

Regarding allegations of inadequate mental health services, Meron said that was the first she had heard of this complaint in the context of the conflict with the union, but said that the UC was working to improve services in this area. The UC Board of Regents discussed this topic at its most recent meeting. There is, she said, a "recognition that we need to be doing more for our students around mental health care."

click to enlarge
Meron also noted that health centers will remain open to students today during the strike, though some non-urgent appointments could be rescheduled.

Nelson told me that when the doctors decided to strike, they wanted to be sure that students could still access care, which they can, he said, since physician managers and nurse practitioners (both not represented by UAPD) are still working today. "We just want to call attention to the fact that UC is committing these unfair labor practices."