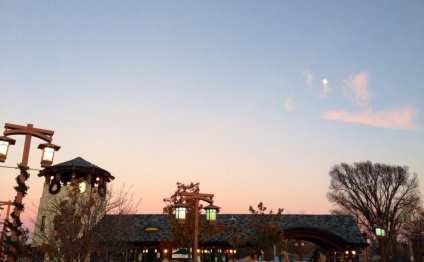 As Republican Gov. Bruce Rauner does battle with the Democratic forces of Mike Madigan in Springfield and Illinois residents choose sides in the political feud, an organization that advocates for people suffering from mental illness in Illinois has issued a report.

You probably don't care. Most such reports are boring, full of facts and technical jargon and usually about stuff that's of little interest to anyone. I haven't heard about anyone shooting up a shopping mall or movie theater recently, so mental health care is not high on anybody's list of priorities.

But I think it's interesting, especially in light of the debate over the state budget, taxes and the public outcry to cut the fat in state government. Because here's what the report says happens when governors and state legislators take out their budget ax:

•Emergency room visits for people experiencing psychiatric crisis increased by 19 percent between 2009 and 2012.

•Cook County Jail has become the largest mental health provider in Illinois. Of approximately 76, 400 people who were admitted to Cook County Jail in 2012, 45, 840 were people with a mental illness.

•The total number of nights spent in a shelter statewide increased from 2 million in fiscal year 2011 to 3 million in fiscal 2013. The National Alliance to End Homelessness estimates that approximately 32 percent of the roughly 14, 000 homeless people on any given night in Illinois have a serious mental illness.

All of this and much more is included in the white paper by the National Alliance on Mental Illness-Chicago. The report warns that "Governor Runner's proposed Fiscal Year 2016 budget cuts will further strain our already fragile health system."

That's likely to make the people who voted for the governor unhappy because they figure it's us (taxpayers) against them (free-spending Democrats and their freeloading buddies).

I've been trying to explain to people for months that nothing is that simple. I've written numerous columns about people in need (the developmentally disabled, the homebound in need of support services to stay out of nursing homes and the mentally ill, to name a few) who are going to bear the brunt of any budget cutting.

I've repeatedly asked readers if those are really the people they wanted to suffer when they voted against raising taxes and against the Democrats who have controlled Springfield. The silence has been deafening because people really don't want to deal with the reality of this economic crisis facing our state.

And that reality includes mentally ill people not getting the help they need, while the state actually shells out more money to treat them in prisons, jails and hospital emergency rooms.

In a column last week, I described how the Orland Park Police Department created a team of officers trained to deal with those who are mentally ill after seeing a dramatic spike in cases involving them following the closing of the Tinley Park Mental Health Center.

According to the NAMI-Chicago report, 38.5 percent of adult in Illinois 18 and older reported poor mental health (feeling depressed and/or anxious and having to limit daily activities because of mental health problems). And it says that more than 16 percent of Illinois adults were living with a mental illness and 3.37 percent with a serious mental illness.

The report says agencies paid by the state to provide treatment for these people have declined as state funding has been cut. In addition, a lawsuit against the state forced Illinois to provide mental health care for anyone living in a nursing home who needed it, further overloading a system that wasn't able to care for the existing mentally ill population due to state budget cuts.

Medicaid reimbursement rates have remained flat for years, meaning fewer psychologists and psychiatrists are willing to see mentally ill patients, and at the same time the number of medical practitioners in these areas have dramatically declined throughout the state.

"After five years of dealing with funding cuts, eligibility restrictions and consent decrees, Illinois has a bare-bones publicly funded mental health system, " NAMI-Chicago's report states. "It's great that the ACA helps more people living with mental illness pay for services, but today's providers just don't have the infrastructure to serve them. They don't have the staff, the funding and the less-intensive services that these newly eligible ... people need. The promises of the ACA is not so promising without providers to deliver services."

The largest mental health hospital in Illinois is a jail