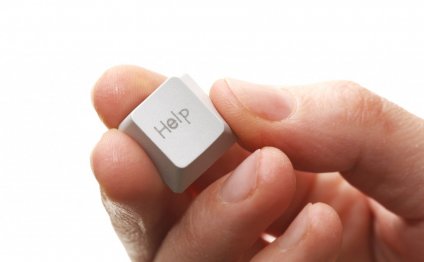 I was diagnosed with bipolar about 16 years ago and it took years for me to find an effective treatment. At the time, I was very suicidal but I wouldn’t go to a hospital. I said, and I really meant, “I would rather die than go to one of those places.” But, much to my surprise, a few years later, when I was again very suicidal, I checked myself into . I stayed in a mental hospital.

Mental hospitals, or psychiatric wards (which is, technically, where I was), are all different. Some offer the basic service of keeping you alive while others offer all types of therapies and treatment. Some are really designed for shorter term stays, like three days, while others are more able to handle longer stays such as those of a few months. It really does vary. And I would say that the quality of care available at different mental hospitals vary as well.

What Was My Stay at a Mental Hospital Like?

I admitted myself to the mental hospital after tearfully explaining to too many professionals in the emergency department that I was acutely suicidal. Doctors, of course, made the ultimate decision to admit me. Once there, they went through the few things I had brought with me, confiscated my medication (except the birth control pill) and showed me to a bed (it was late by the time I got there – hours in the emergency room to blame).

Not surprisingly, I was in pretty bad shape so every, little thing seemed like an ordeal. I brought, quite intelligently, my own tissues and used far too many of them (those given out in the hospital are scratchy and unpleasant if you’re going to cry your way through the days).

The next day a general doctor came by to assess my overall health. Basic blood tests were run, my blood pressure was checked, that sort of thing. And then my psychiatrist (who worked at the hospital) came by. He promptly changed my medications drastically. (Not surprising considering how badly I was doing but rapid medications are highly unpleasant under any circumstances. It seems to me, though, that this type of treatment is more common in the mental hospital as doctors know that any side effects that come up will be medical supervised and while unpleasant, are likely not dangerous.)

The next morning I woke up to a nurse shaking me awake and yelling at me to come and have breakfast in the common room. I said to the nurse, “I can’t see.”

However, she didn’t hear me, she didn’t believe me or she didn’t care because the last thing I remember was her leaving my room yelling at me to go have breakfast.

At that point I realized something. I realized that if I looked straight down, I could see my toes. I didn’t know why I could only see my toes, but somehow, that day, I made it to the common room and ate breakfast, only looking at my toes.

What had happened, of course, was side effect. For me, the medication was so strong I couldn’t wake, and when I was forcibly awoken, I remained so stoned that my eyelids, physically, wouldn’t open. This gave me the impression of blindness but, really, it’s just that I could only life my eyelids a tiny amount and thus could only see my feet.

I saw my psychiatrist again that day and explained what had happened. While I was rather disturbed by the experience he didn’t seem concerned in the least. I can’t remember if we adjusted things at that point or if the side effect wore off on its own. I saw him most days and we tweaked things regularly.

I was then introduced to group therapy – an every morning event – and art therapy — every other day. And that was it for the therapies offered. It was pretty lackluster.

In my case, as I was in a non-locked ward and I had signed myself in, I could sign myself out for short periods of time too so while I was “in” the mental hospital, I actually spent a lot of time in the park next door.

I will say that while I was there, they mixed up medications twice – I have no idea why. Maybe a doctor who writes too fast, maybe too many changes at once, who knows. But the nurses never took kindly to being told that.

I will also say that I thought the nurses were mostly crap. While I’m sure it varies all over, my experiences with them were mostly negative. When I went to speak to them at the desk, they would literally ignore my presence and go on about their conversations as if I wasn’t there. And I, being extremely sick, was in no position to assert myself. It’s like they thought they should ignore me because I was “crazy.”

I was also allowed to use the phone (one per floor) when I wanted – not that I really wanted to talk to anyone.

I had visitors and I don’t remember there being any set hours for their visiting. Someone dropped off books and another took me home so I could shower there instead of at the hospital.

All in all, it was really unpleasant. But then, I was so depressed and so suicidal, I can’t imagine anything being anything but unpleasant.

I cried my way through two weeks there until I and my doctor thought I was okay to go home. When I admitted myself I never thought I would stay that long. I thought they would keep me from killing myself for a couple of days and that would be it. But, instead, my doctor did want to see an improvement of some sort before I left.