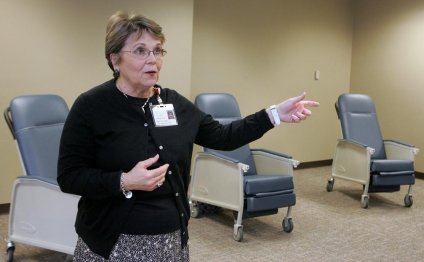 The Department of Human Services also failed to properly announce the closures — another state agency even delivered $1, 000 worth of bread and juice to one facility a month after it closed, according to the report by Auditor General William Holland.

Quinn closed mental health centers in Tinley Park and Rockford and a developmental center in Jacksonville to save money and change client care to community-based settings. But shutdowns were so shoddy, 10 percent of Tinley Park’s inventory and 9 percent of the inventory at Singer Mental Health Center in Rockford — worth over $200, 000 — was lost, from a $300 video game system to a $29, 000 refrigerated van.

“They just did a lousy job of doing an organized closure of these institutions, ” Holland told The Associated Press.

DHS told Holland’s auditors that “oversight” was to blame for the problems.

“Most of the items that were ‘left behind’ were old typewriters, wardrobes, night stands … that we wanted to surplus and, for the most part had little or no residual value, ” spokeswoman Januari Smith said in an email. She added that DHS has since developed a “comprehensive facility closure plan” with instructions for properly closing facilities.

Holland was particularly piqued by the boxes and filing cabinets full of confidential information abandoned and exposed to other state employees, vandals, and at Tinley Park, to police and military groups using the building for training.

In the case of Tinley Park, the records were still there 13 months after its closure, when auditors walked through. Files in four buildings contained personnel records, patient surgical and psychiatric records and data about volunteers. In Rockford, there were filing cabinets full of investigations, reports, and attorney correspondence related to the department’s inspector general.

At Jacksonville, auditors found in trash bins, boxes and cabinets documents with residents’ names, health information, Social Security numbers and a medical specimen which Holland could only say was “an unidentified biohazard.”

Auditors found four tractors, a forklift and 10 inoperable state vehicles at Tinley Park. Furniture was abandoned in Rockford. Two facilities had large stocks of mechanical equipment such as nuts and bolts and ductwork.

Large amounts of equipment disappeared in the months leading up to closure. Officials in Rockford found all but two items, valued at $768, during a June 2012 inventory check. After it closed, officials there reported 217 items valued at $82, 000 were gone.

The agency “embarked on a historic initiative to rebalance the system of care for individuals with developmental disabilities and mental illness, ” Smith said. “Our primary focus was to successfully ensure the continuity of care for those individuals.”