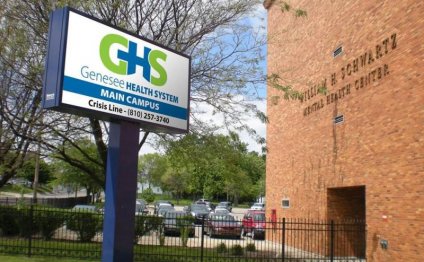 GENESEE COUNTY, MI – A second Genesee County high school student committing suicide – with bullying at the forefront – left loved ones and school officials asking what can be done to prevent it from happening again.

How to help someone who feels helpless and is considering suicide varies with every situation, said Lisa Hunt, clinical supervisor for Genesee County Community Mental Health Child and Family Services.

But what’s most important is to have a conversation and open up a dialogue with a friend or loved one as soon as possible, Hunt said.

“I think the biggest prevention tip is: Just don’t wait, ” she said.

When it comes to bullying or helping someone through a difficult time, it’s not one person’s responsibility, Hunt said. People need to come together as a community to find a solution.

Bullying or thoughts of suicide can happen to anyone, Hunt said. And blame cannot fall on one group, such as parents, teachers, students or friends. Prevention has to be a group effort, she said.

“Having all eyes on the situation (is key). Everyone who’s available should be a part of it, ” Hunt said. “That’s why it’s important to realize that sometimes signs are missed. Everyone has to be part of the solution, be more aware, more attentive of what is going on with the person.”

Some warning signs to look out for are lowered grades, abnormal interaction with friends, depression and being more withdrawn from society, Hunt said. But even looking for the signs, sometimes it’s difficult to realize when someone is going through a hard time, she said.

Children and adults with autism and those gay, lesbian, transgender or bisexual are the most susceptible to bullying, Hunt said. Schools need to offer better education on how it’s OK to be different and how not every life looks the same, she said.

It’s important for parents to have constant communication with their children. It’s also important for all students to know they have someone behind them supporting them, Hunt said.

If students see something happening at school they need to immediately tell a teacher, counselor or administrator that they trust, she said. But most of all, bullying needs to be stopped before it starts.

To all students who feel like their youth or teen years are unbearable, Hunt wants them to know that they are not alone and that high school does end and things do get better.

There are people out there who support them, Hunt said.

And to students who say “just a few not-so-nice words” to other students, Hunt wants them to realize that they have no idea what other teens are going through on a daily basis. Those few words could be the last straw, she said.

Susan Allred is a licensed Master’s level social worker who has been a therapist for over 18 years. Susan has a Bachelor…